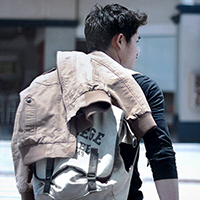 Bryan is a professional Freelance Illustrator for video games and films with more than 7 years of experience.

During the early years of his career, he worked as a Senior Concept Artist in one of the Philippines leading game outsourcing company where he was able to work with big studios such as Bandai Namco, Naughty Dog, Harmonix, EA Games with AAA games such as The Last of Us, Dance Central 3, Sims 4, Fifa Street games, and more.

After years of working on the studio as a lead artist, he decided to leave the company to focus on his growing number of personal clients. Since then, he worked as a Full Time Home-Based Freelance Illustrator.

He has also worked on various Films & TV Commercials as a Senior Concept Artist & Matte Painter both local and abroad and has also created Art Covers and Interior Illustrations for various book authors.

Bryan loves creating artworks ranging from stylized to hyper realistic images. He is very eager to learn new things and loves to collaborate with a creative pool of artists.

If you have further questions, feel free to send him an email at: bpsola@gmail.com